To say that the Spanish River is integral to the history of Nairn Centre is to understate the case. It’s been used as a method of travel, a source of recreation, tourist attraction and aninexpensivemethodoftransportinglogs. Trainshavecrashedintoitandwehavetried to bridge it. Fishermen have taken pike, pickerel, bass, perch and the occasional muskie from its clear, cold waters.

Situated north of the town proper it flows deep and majestic on its journey westward. Research conducted in the area indicates that the Spanish River was used as a travel route from Lake Huron to the interior by prehistoric people for over eight thousand years. Until the late nineteenth century the river was called by its native name “Skiminitigan” or “Eskimanetigon” River. It is believed that the names referred to the Ojibway word for a bird known as the kingfisher.

Native informants believe that the river took its name from an ancient aboriginal village called “Skimington” located a little way back from Sagamok which is a Spanish River Reserve south of Massey. The Chief of the Ojibway band at “Skimington” was an individual known as the Spaniard or l’Espagnol. Both the town of Espanola and the Spanish River owe their names to this person. 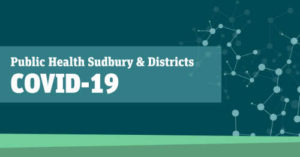